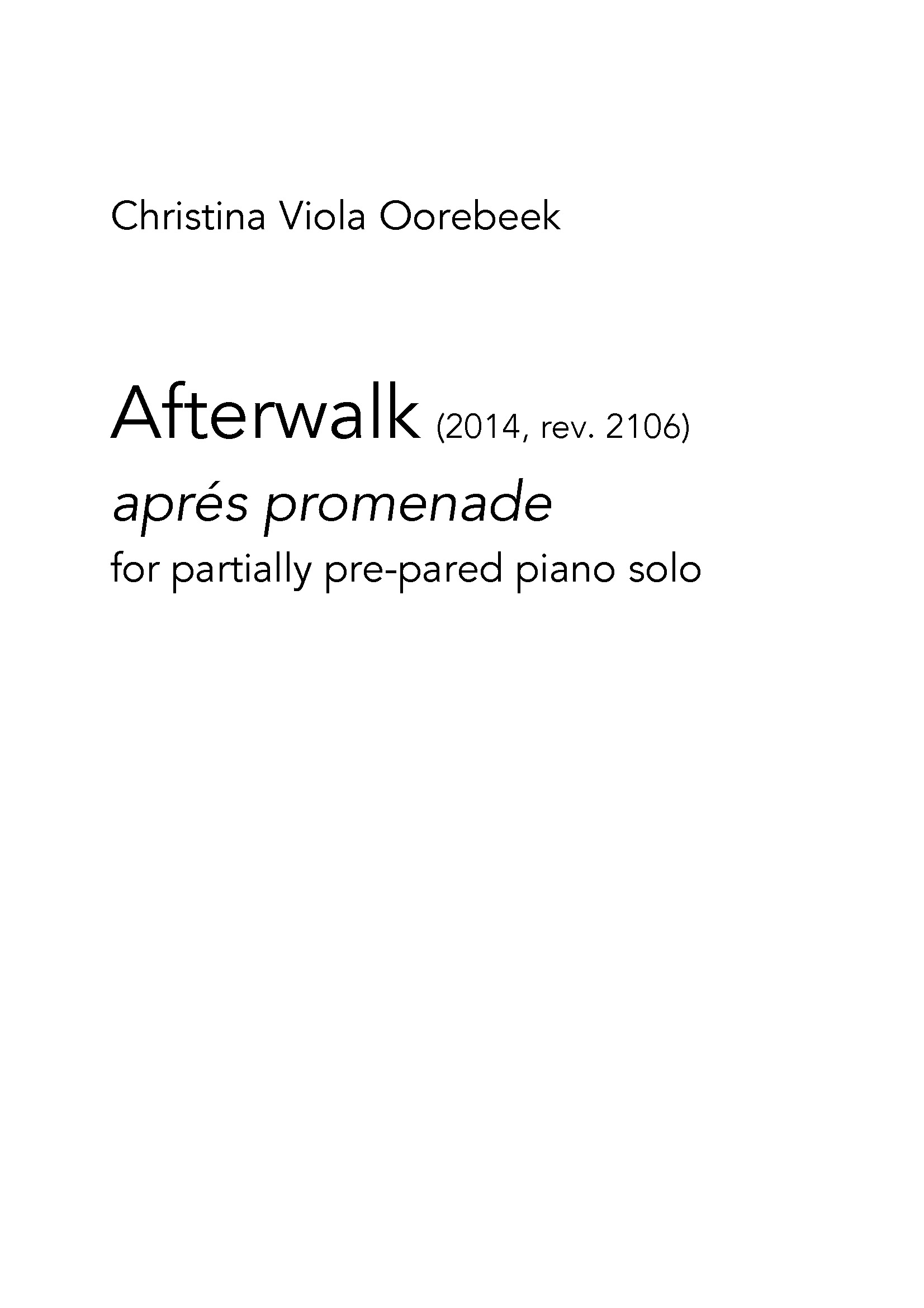 "Afterwalk", composed by Christina Viola Oorebeek, is a imagining of the reminisences that Modest Moussoursky might have had after his promenade through the exhibition of his dear friend Thomas Hartmann's work in 1874 which he describes in his monumental and famous composition, "Pictures at an Exibition".
It is fragmented and hesitating - played against the deep bass tones combined with a harmonic produced by a piece of lead and felt placed on the strings of those pitches.
The coda brings the melody of the promenade back in a high register with another 'prepared piano' effect produced by placing lightweight chains on the strings of the piano.